We are pleased to announce that Jill McCorkle’s “Magic Words” has been chosen to appear in Best American Short Stories 2009 and also has been selected for New Stories from the South: The Year’s Best, 2009 and as one of the top five stories of the Best of the Net in 2008.

We’re also pleased to announce that Elizabeth Stuckey-French’s “Interview with a Moron,” which won First Place in Narrative’s Love Story Contest, has been nominated for inclusion in The Puschart Prize Series 2009. “Interview with a Moron” was also selected by the Million Writers Award as one of the top ten stories published in an online literary journal during 2008.

And we’re happy to announce that Holly Wilson’s “Night Glow,” which won Third Place in Narrative’s First-Person Story Contest, has been selected to appear in New Stories from the South: The Year’s Best, 2009.

The eight notable Narrative authors and stories in the Million Writers Award, in addition to “Magic Words” and “Interview with a Moron,” are “Stones” by Jeanie Kortum, “Superhero” by Reese Okyong Kwon, “Animals” by Edan Lepucki, “The Structure of Bubbles” by Emily Raboteau, and “The Royal Reykjavík Sex Tour” by Scott Spencer. 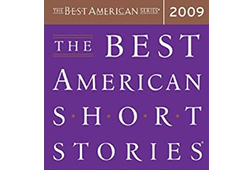