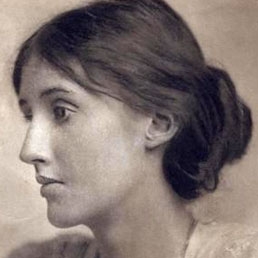 Virginia Woolf (1882–1941), born into London literary society, was a prolific author of novels, criticism, diaries, and essays, including the influential feminist work A Room of One’s Own. In her masterpieces To the Lighthouse, Mrs. Dalloway, and The Waves, Woolf moved away from plot, developing a stream of consciousness that brought new psychological depth to literature. Although she suffered from bipolar disorder, which ultimately led to her suicide, Woolf was revered as the witty and entertaining center of the Bloomsbury Group.

Hours in a Library

Let us begin by clearing up the old confusion between the man who loves learning and the man who loves reading, and point out that there is no connexion whatever between the two. A learned man is a sedentary, concentrated, solitary enthusiast, who searches through books to discover some particular grain of truth upon which he has set his heart. If the passion for reading conquers him, his gains dwindle and vanish between his fingers. A reader, on the other hand, must check the desire for learning at the outset; if knowledge sticks to him well and good, but to go in pursuit of it, to read on a system, to become a specialist or an authority, is very apt to kill what it suits us to consider the more humane passion for pure and disinterested reading.

In spite of all this, we can easily conjure up a picture which does service for the bookish man and raises a smile at his expense. We conceive a pale, attenuated figure in a dressing gown, lost in speculation, unable to lift a kettle from the hob, or address a lady without blushing, ignorant of the daily news, though versed in the catalogues of the secondhand booksellers, in whose dark premises he spends the hours of sunlight—a delightful character, no doubt, in his crabbed simplicity, but not in the least resembling that other to whom we would direct attention. For the true reader is essentially young. He is a man of intense curiosity; of ideas; open minded and communicative, to whom reading is more of the nature of brisk exercise in the open air than of sheltered study; he trudges the high road, he climbs higher and higher upon the hills until the atmosphere is almost too fine to breathe in; to him it is not a sedentary pursuit at all.

But, apart from general statements, it would not be hard to prove by an assembly of facts that the great season for reading is the season between the ages of eighteen and twenty-four. The bare list of what is read then fills the heart of older people with despair. It is not only that we read so many books, but that we had such books to read. If we wish to refresh our memories, let us take down one of those old notebooks which we have all, at one time or another, had a passion for beginning. Most of the pages are blank, it is true; but at the beginning we shall find a certain number very beautifully covered with a strikingly legible handwriting. Here we have written down the names of great writers in their order of merit; here we have copied out fine passages from the classics; here are lists of books to be read; and here, most interesting of all, lists of books that have actually been read, as the reader testifies with some youthful vanity by a dash of red ink. We will quote a list of the books that someone read in a past January at the age of twenty, most of them probably for the first time. 1. “Rhoda Fleming.” 2. “The Shaving of Shagpat.” 3. “Tom Jones. 4. “The Laodicean.” 5. “Dewey’s Psychology.” 6. “The Book of Job.” 7. “Webbe’s Discourse of Poesie.” 8. “The Duchess of Malfi.” 9. “The Revenger’s Tragedy.” And so he goes on from month to month, until, as such lists will, it suddenly stops in the month of June. But if we follow the reader through his months it is clear that he can have done practically nothing but read. Elizabethan literature is gone through with some thoroughness; he reads a great deal of Webster, Browning, Shelley, Spenser, and Congreve; Peacock he read from start to finish; and most of Jane Austen’s novels two or three times over. He read the whole of Meredith, the whole of Ibsen, and a little of Bernard Shaw. We may be fairly certain, too, that the time not spent in reading was spent in some stupendous argument in which the Greeks were pitted against the modern, romance against realism, Racine against Shakespeare, until the lights were seen to have grown pale in the dawn.

Want to read the rest?
Please login.
New to Narrative? sign up.
It's easy and free.