An intrepid cavalry officer, sexologist, explorer, author, spy, linguist, diplomat, and all-around Great Gamester at the high-water mark of the British Empire, Captain Sir Richard Francis Burton took time off from these pursuits to translate from Arabic a collection of tales loosely assembled under the title The Arabian Nights.

From my dull and commonplace and “respectable” surroundings, the Jinn bore me at once to the land of my predilection, Arabia. . . . Again I stood under the diaphanous skies, in the air glorious as aether, whose every breath raises men’s spirits like sparkling wine. . . . Then would appear the woollen tents, low and black, of the true Badawin, mere dots in the boundless waste. . . . The Shaykhs and “white-beards” of the tribe gravely take their places, sitting with outspread skirts like hillocks on the plain, as the Arabs say, around the camp-fire, whilst I reward their hospitality and secure its continuance by reading or reciting a few of their favorite tales. The women and children stand motionless as silhouettes outside the ring; and all are breathless with attention; they seem to drink in the words with mouths as well as ears. 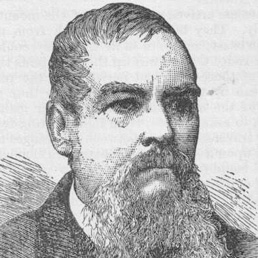