After my father died a decade ago, my eighty-four-year-old mother insisted on remaining in their hillside Los Angeles home, alone. It wasn’t until she slipped and broke her femur in seven places that my sister and I convinced her to move up north near us. For the past nine years, she has lived in a retirement hotel in Oakland where she uses a sturdy walker to cross the street to a strip mall that includes a CVS, Safeway, Lucky Dry Cleaners, Happy Nails, and Starbucks. Early on, her single destination was Starbucks, where every morning she drank a steamy $2.95 mocha with extra whipped cream. Surrounded by people working at their laptops, she felt young again, a part of things. A few doors down from Starbucks, she soon discovered the Dress Barn, and it was as if a barn door had opened onto a field of fashion. After fifty-six years of living with her coupon-collecting husband, my mother suddenly realized that all the money was now hers and she could spend it however the hell she pleased. She quickly became a favorite customer of the Dress Barn’s twenty-something saleswomen, who admired her thick, snow-white hair, erect posture, incomparable spunk, and gratifying willingness to use her credit card every day.

“You are a natural beauty,” they told her. “Everything you try on looks terrific.”

My mother trusted these professional flatterers, and whenever she skipped a day or two, they reported missing her terribly. At first she bought one modest item at a time: a blouse, a pair of slacks—each one a special treat, a widow’s right. Then she graduated to pantsuits with coordinated shells, sweaters and shirts in colors to match her mood, imitation Tiffany bangles, polyester scarves, and, eventually, duplicates of the clothing she’d purchased only days before. At least when it came to purchasing bulk items on sale at CVS and Safeway, my father’s frugality still reigned. She bought jumbo packs of everything. Her cabinets were crammed with so much Crest, Ajax, StarKist tuna, and Charmin Ultra Soft that my sister and I ended up doing our weekly shopping at her tiny studio apartment. Sometimes I needed sponges, while my sister had just run out of Shout. We divided up mint-flavored dental floss, disposable razors, and Eveready batteries. We joked about opening a family thrift store that would give Mom something to do other than shop compulsively.

“Take this home,” she encouraged us. “I have too many.” She loved to bestow practical gifts on us.

Over time, we began to notice Mom’s purchases made less and less sense: thirty lipsticks in shades from pale pink to fire-engine red, party-size bags of Doritos and Reese’s Pieces, pots of geraniums, lucky bamboo, a stuffed toy kangaroo, Minnie Mouse, and a devil with a red cape, lined up on the bed like an army of protectors. She bought wooden plaques with such corny sayings as “When life gives you lemons, make lemonade.” Whenever we expressed concern about her depleting reserves, she answered, “I have plenty of money,” and changed the subject.

This was the not the mother I knew growing up. When I was a kid my mother was a neatnik. Every object in our house had its place, and Mom took pride in her dust-free home. When my sister and I began tripping over the accumulation of newspapers, magazines, and decorative pillows in her living room, we felt we had no choice but to consult a therapist. Hoarding, we learned, was one of the hardest addictions to break. In the elderly it often serves as a defense against dying, so the therapist said we shouldn’t expect to stop or curtail my mother’s spending. Essentially, this counselor invited us to “let go.”

One drizzly Saturday afternoon, Mom purchased a three-foot-tall brass plant stand, balanced it on the seat of her walker, carted it across the crosswalk of the busy street, pushed it into the elevator in her building and, finally, set it in a corner of her overcrowded apartment. For a ninety-four-year-old, this was a feat equivalent to Philippe Petit’s 1974 tightrope walk between the Twin Towers.

When I dropped by that evening, the stand was loaded with plants.

“Do you love it?” I asked with a forced smile, practicing letting go.

“Not really,” she answered, adjusting her faux CVS pearls in the mirror. Then she reached for her purse. “Come,” she said, directing her walker toward the hall. “Let’s eat out. My treat.”

For weeks after consulting the therapist, I tried to look the other way when I noticed new items atop her refrigerator, or old ones relegated to the balcony: the dried-up plants, topless lipsticks coated with sunflower seeds and lint, the rain-soaked kangaroo now missing a leg and an ear. Soon enough, her monthly credit card bill had tripled, and my letting-go policy went out the window, along with my patience.

Friends assured me I needed to intervene.

“You need to think of yourself as the CEO of a company that is going down fast,” one of them told me.

A few days later, I found Mom at home in an egg-stained bathrobe, looking especially vulnerable without makeup. On her coffee table were half a dozen empty picture frames in which she planned to put family photos. She complained that there was no more room on the walls or dresser to show them off.

“I’ve gone a little bit crazy, haven’t I?” she said, looking like a little girl. “I keep buying things. I never used to do that. All I want is to have Daddy back.”

“I understand,” I said, pushing my chair a bit closer to hers. “I know.” I looked into her eyes. “Do you think it would be better, Mom, if I held onto your credit card for a while? We could set it aside for special, fun occasions. Meanwhile, I could bring you money each week for everyday expenses.”

To my amazement, she simply said, “Yes.” In her eyes, I saw nothing but relief. She handed over the credit card and I withdrew several twenty-dollar bills from my wallet.

“Thanks, Mom,” I said and hugged her. On the way out, I grabbed a box of Kleenex decorated with butterflies and a handful of Reese’s Pieces. 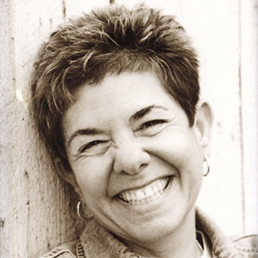 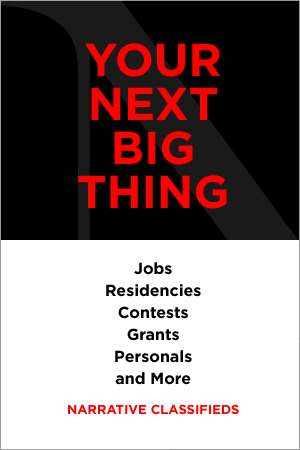